Victor Nizovtsev is a Russian a skillful oil painter that has perfected his technique in creating magical paintings, that bring the viewer into the childhood memories, where the world is filled with rich colors and  magic atmosphere. Such images appear when you read the fairy-tales written by Hans Christian Andersen or  Brothers Grimm, with their diverse characters and symbolic connotation of each object. The same can be said about Victor’s paintings, where each element has own meaning and one can read his works a book. It is very well possible that the artists is constantly inspired by such written works as mythology, folklore, tales as well as by his own childhood experience and his own family.

Victor Nizovtsev was born in 1965 in Central Siberia, in the city of Ulan-Ude near Lake Baikal.Then later he moved with his parents from Russia to Moldova, where the painter was living in a small town that was placed in the heart of the region’s wine country, which could also influence his aesthetic perception of the surrounding world. He studied art in Kotovsk Art School for Children, Repin College for Art, after which he studied at prestigious Vera Muhina University for Industrial Arts in St. Petersburg, Russia. Later Victor moved to the US where his developed his artistic career and enjoyed his professional success. 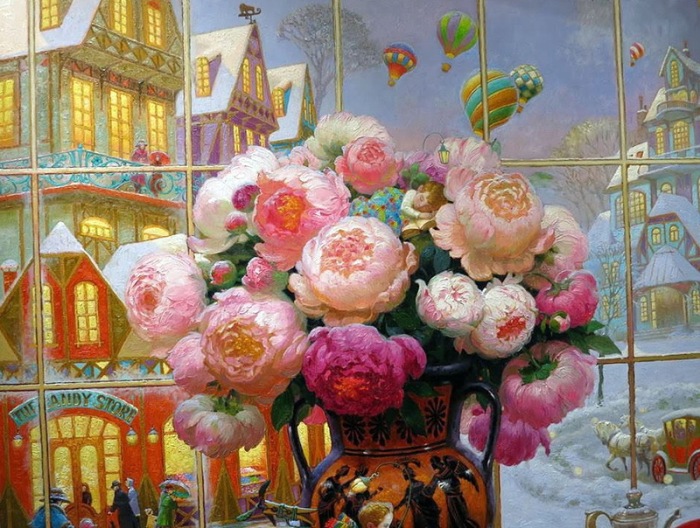 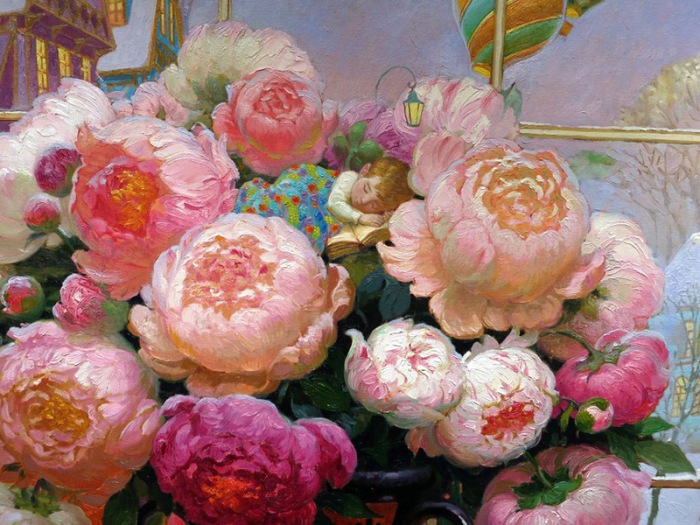 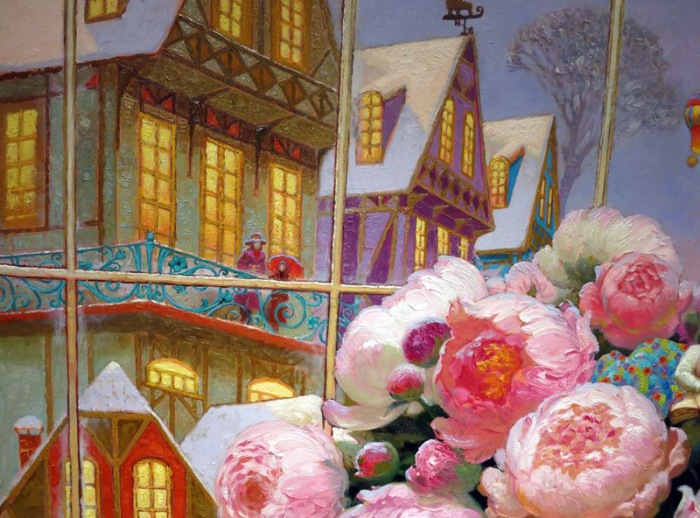 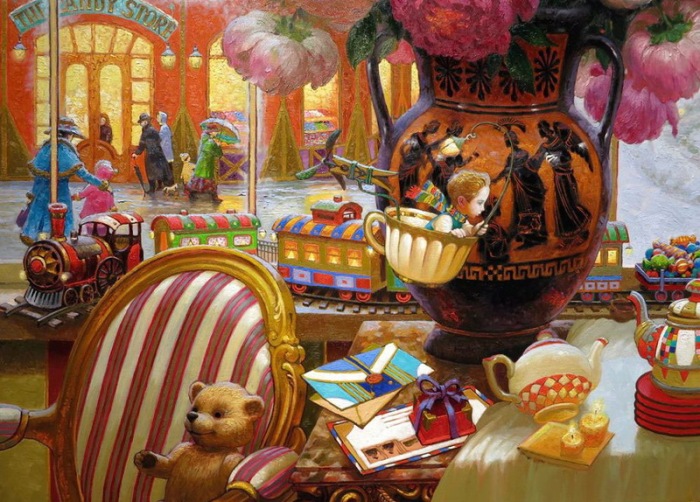 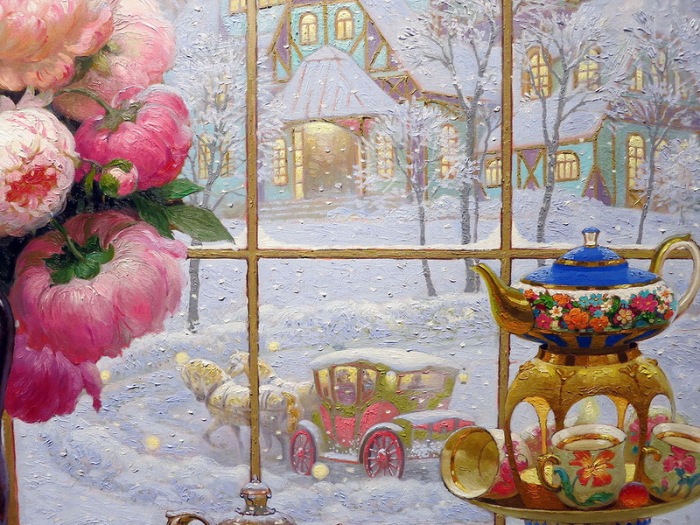 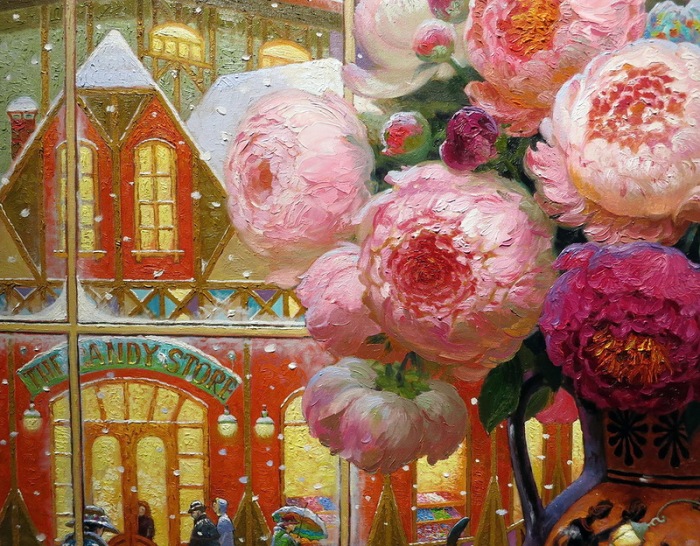 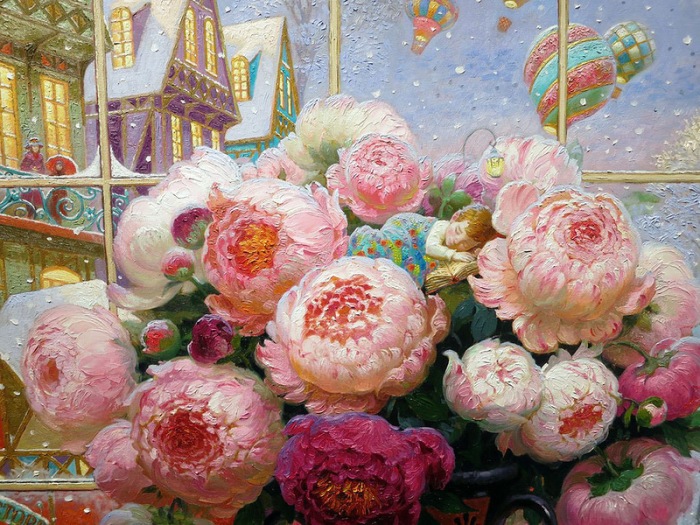 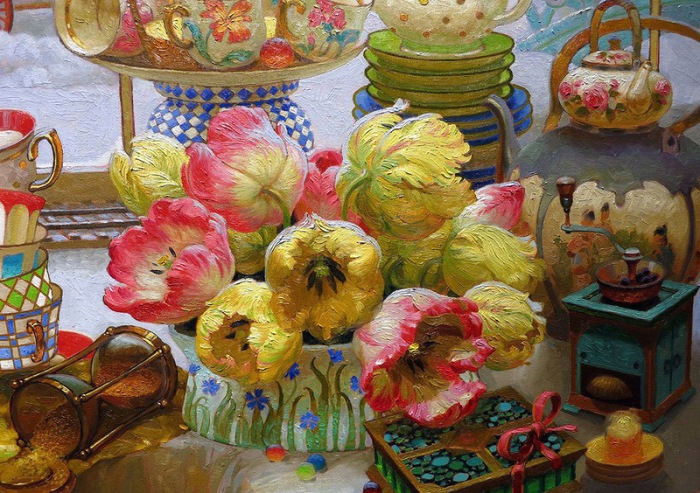 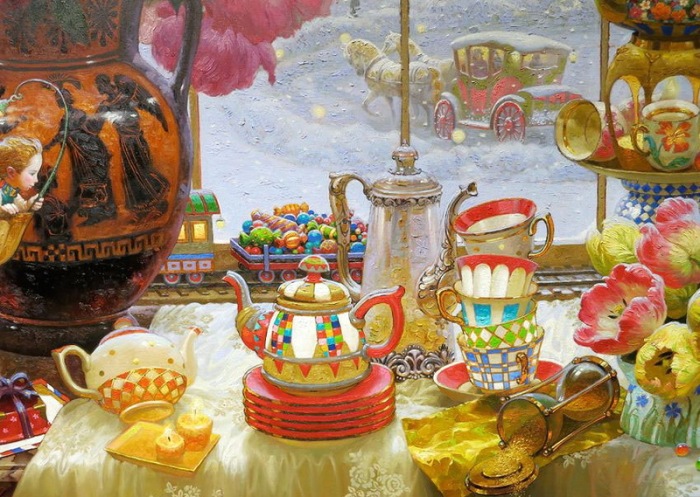 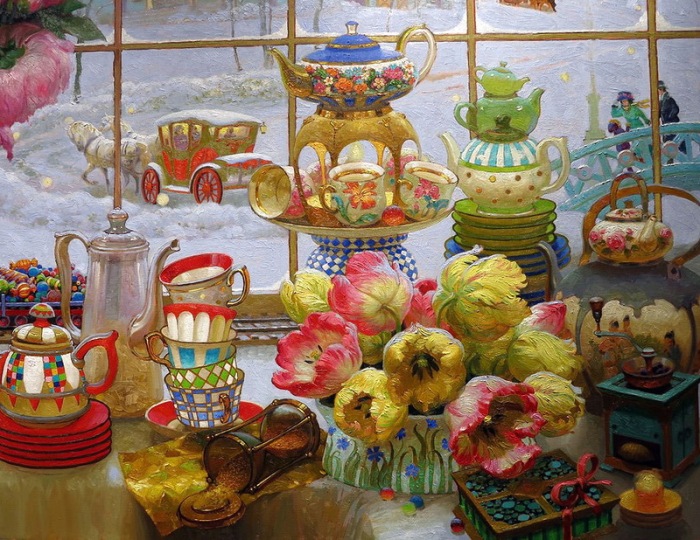 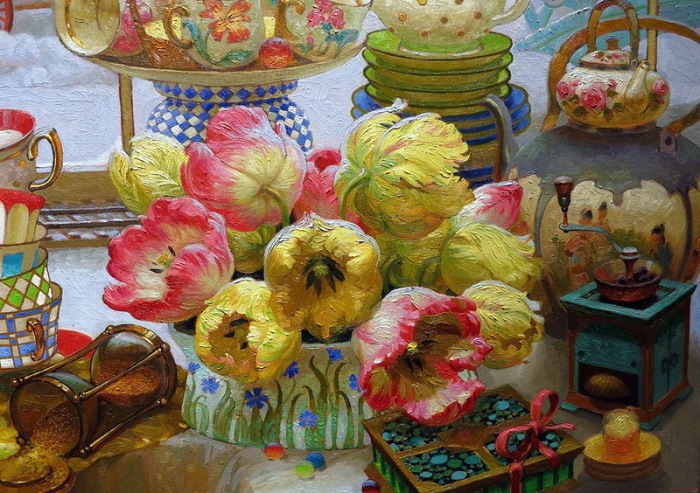 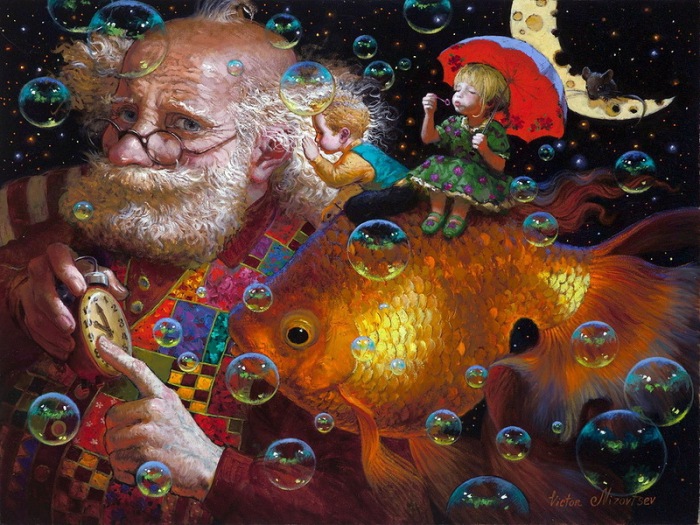 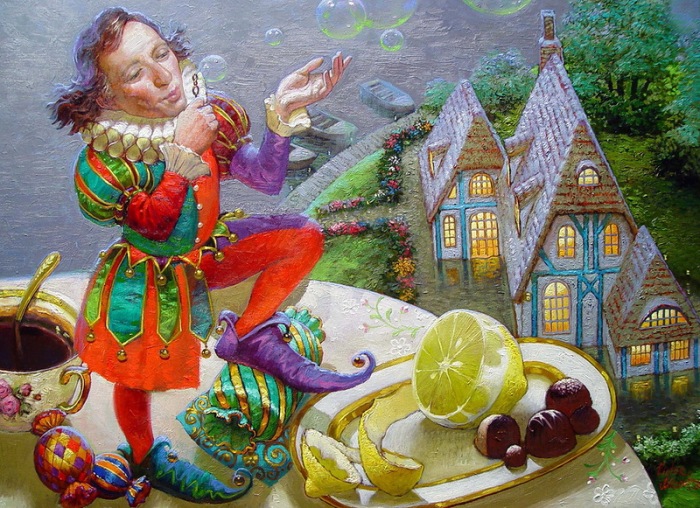 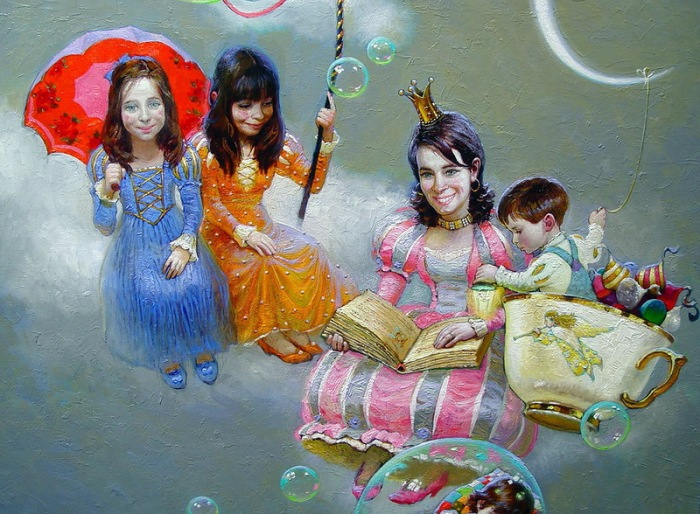 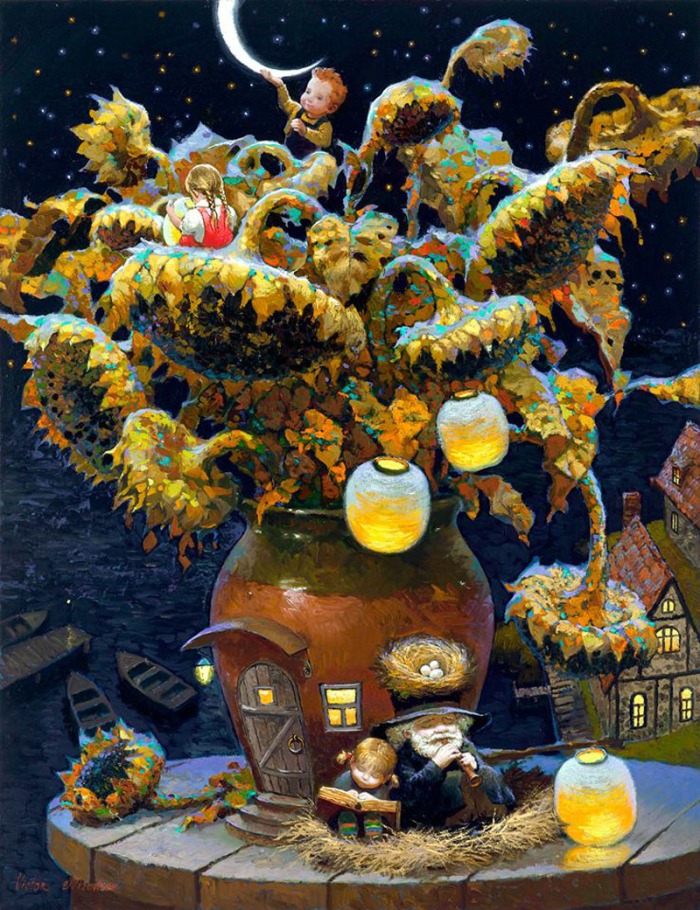 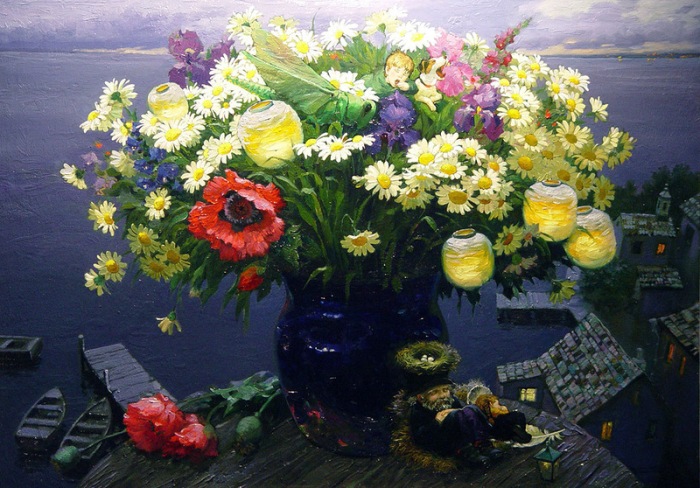 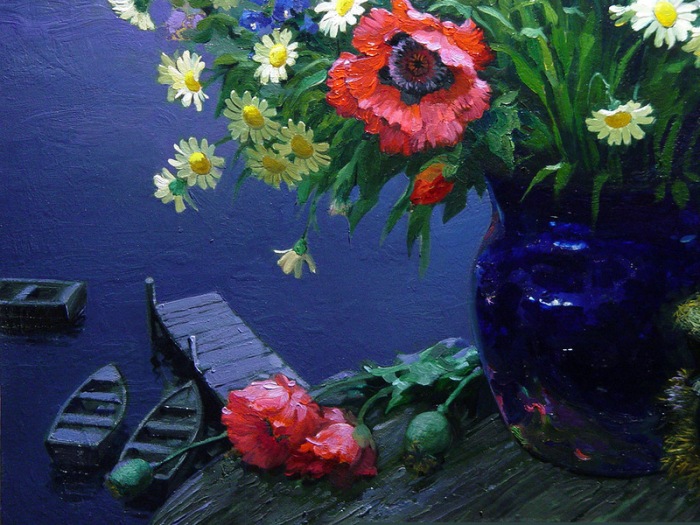 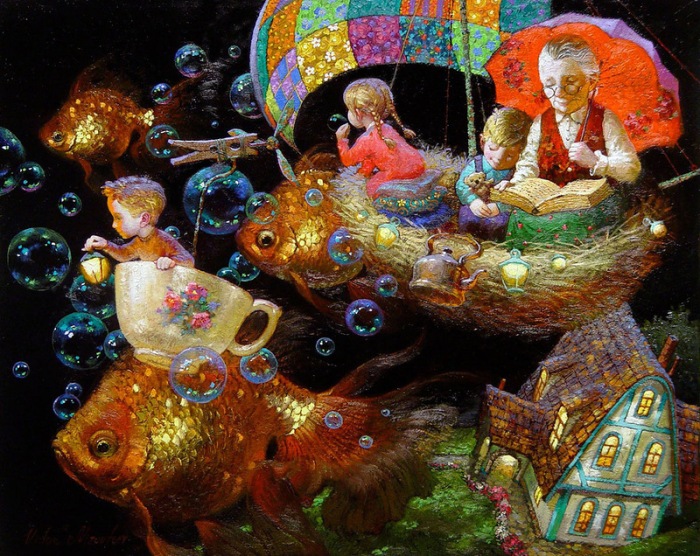 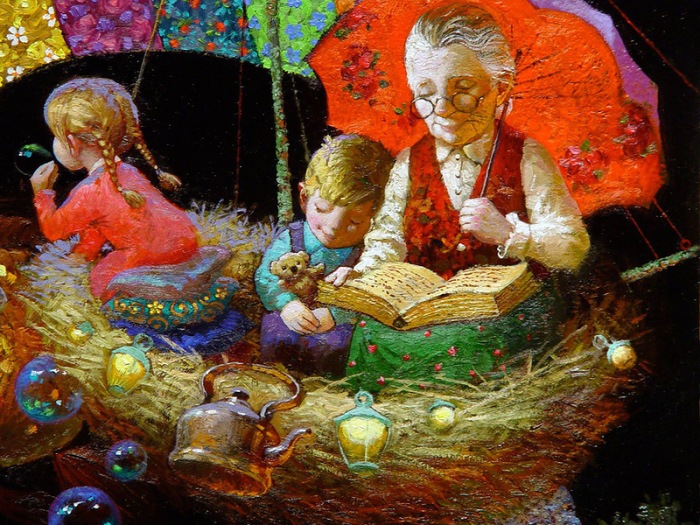 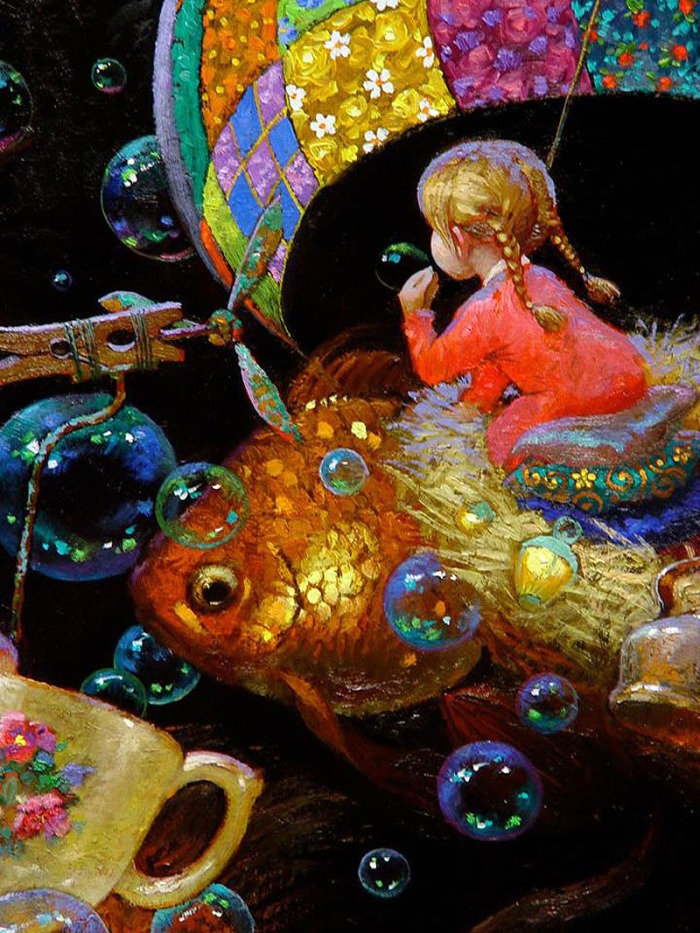 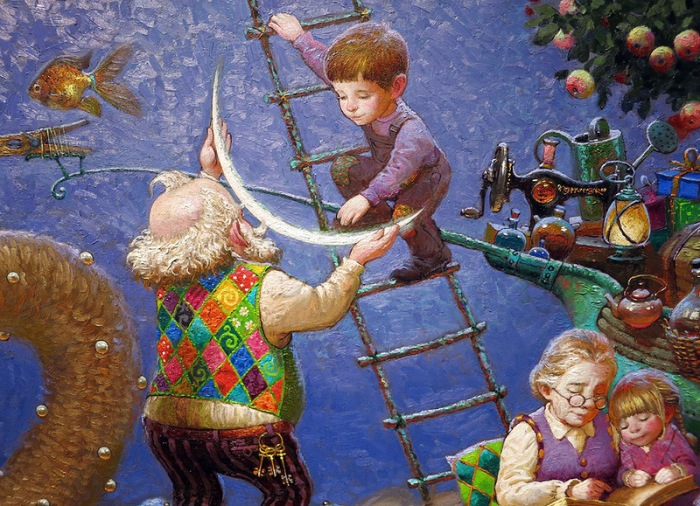 3 thoughts on “Magic by Victor Nizovtsev” 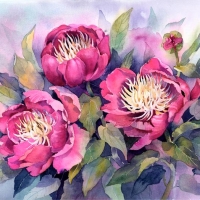 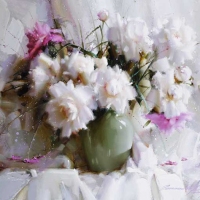